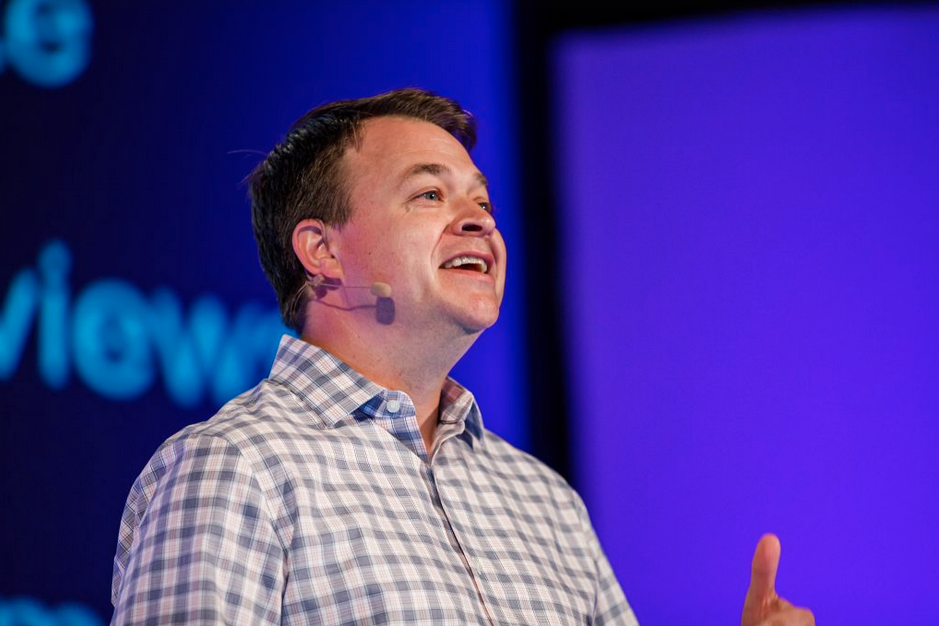 Beth McIntyre
Head of Community at Bevy and CMX

In 2009, Mike and his wife learned that their unborn son was missing an organ and their two-year-old daughter had a rare chromosome disorder. Their experience led Mike to launch The Mighty, a platform to help people connect around the globe around countless health conditions. This is the story of how The Mighty grew to become the world’s largest health community, with over 3 million users and 200k healthcare pros in over 70 languages.

Mike Porath is the founder and CEO of The Mighty, the world’s largest health community. He was an award-winning journalist and executive at ABC News, NBC News, The New York Times and AOL. Mike is a prominent speaker on patient empowerment and serves on the board of the National Organization of Rare Disorders and Dup15q Alliance, the non-profit that helps people with his daughter’s disease.

The news that started it all

In 2009, Mike and his wife learned that their two-year-old daughter had a rare chromosome disorder. He took to the internet to seek out as much information about the disorder that he could find. He didn’t find much, and nothing that made the feeling of overwhelm go away. Until he stumbled upon a PDF written ten years ago, with six stories from families who had been through similar diagnoses.

Of course, a PDF file doesn’t create a strong network. But that didn’t mean community couldn’t develop. Mike believed that healthcare should include  stronger networking opportunities. It should be like a dinner table, a chance to talk to people from all corners – patients, mothers, doctors, caregivers, researchers, etc. – and this dinner table should be available for people 24/7.

This idea is how The Mighty was born. It’s a network of people sitting around a virtual table talking about their health, sharing information, and discussing other life issues.

The Might found that the future of healthcare is in one’s pocket. There are simple solutions that the world of medicine just haven’t done. That’s why crowdsourcing advice and sharing personal stories is so important to The Might community.

The community grew by sharing user-generated content. One member wrote a heart-wrenching story titled, “My daughter was alive for 23 minutes and every second was beautiful.” This story was shared far and wide, and was read by over 100,000 people. This story takes a personal tragedy, and uses that as a framework to change the way that people interact with one another. The community mindset on The Mighty can change a complete tragedy into a powerful story that moves people forward.

A New Call to Action

The Mighty team turned these stories into a Community Call to Action. Instead of “Submit your own story and become a Mighty contributor,” they asked members to “Write a thank-you letter to someone who helped you on your health journey.” This call to action drove about 5 times the amount of engagement.

With this change, The Mighty went from 15 stories a day to 100+ after this single article went viral. The power of storytelling created the reward. Media and advertising was produced organically just from people interacting on the platform and inviting others to join.

Mike and his team conducted surveys to better understand what their members wanted. The number one thing people mentioned was they they want to connect with people from the community in person. While the online community served its purpose, people wanted to build meaningful connections in real life to meet people dealing with the same things. Since they implemented their in person events program, they have hosted close to 1000 events. This events program is hosted on Bevy, and it is powered almost entirely by volunteers.

*This post was authored by the CMX Community in the CMX Summit 2019 Collaborative Notes.

Beth is the Head of Community at Bevy and CMX. She oversees the engagement, strategy, and structure of all our CMX Community Programs, as well as the CMX Connect program – an in-person distributed events program turned virtual in 2020. Beth lives in the incomparable Rocky Mountains in Jasper, Canada and spends most of her free time in total awe of their majesty.