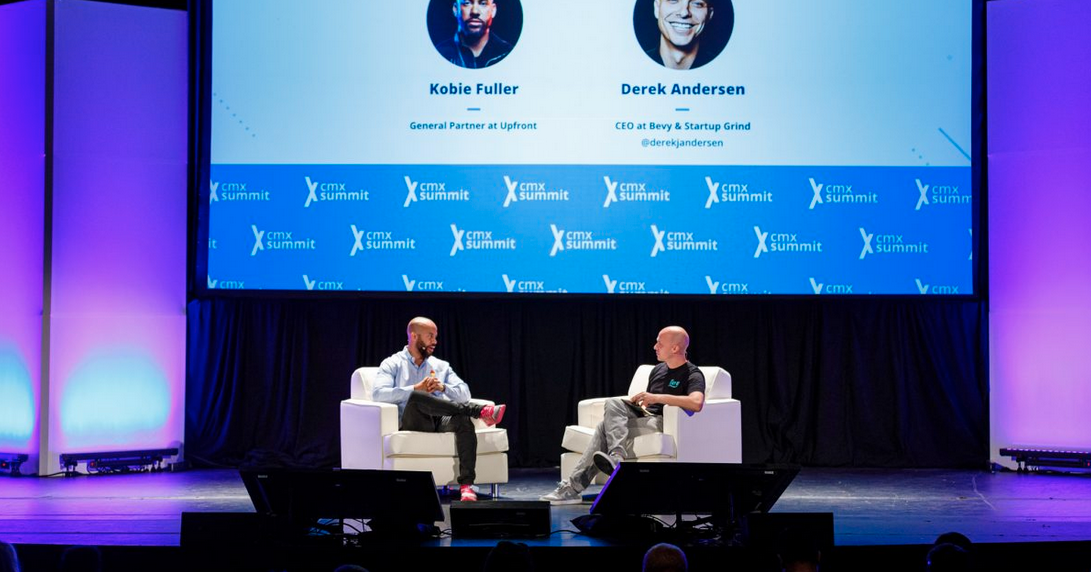 Beth McIntyre
Head of Community at Bevy and CMX

In this fireside chat from CMX Summit, a seasoned venture capitalist discussed the increasing trend of new companies focusing on a community to win hearts, minds, and markets. This fireside chat highlighted different perspectives on community trends and the effect the community industry will have on core business products.

Kobie Fuller is a partner at Upfront Ventures, the largest and longest-running venture firm in Southern California. He joined the firm in 2016 and has led investments in companies including TheWaveVR, Cordial, Bevy, The Mighty and MetaCX. Kobie is also the founder/creator of Valence, a networking platform aimed to unite the combined global power of black professionals.

Derek Andersen is the co-founder and CEO of Bevy. Bevy powers customer-to-customer events communities for Atlassian, Twitch, Slack, Atlassian, Duolingo, and others. Derek also co-founded Startup Grind, a community of 650 chapters in 120 countries designed to educate, inspire, and connect entrepreneurs. He previously worked at Electronic Arts.

Quotes and Notes from Kobie Fuller

Beth is the Head of Community at Bevy and CMX. She oversees the engagement, strategy, and structure of all our CMX Community Programs, as well as the CMX Connect program – an in-person distributed events program turned virtual in 2020. Beth lives in the incomparable Rocky Mountains in Jasper, Canada and spends most of her free time in total awe of their majesty.