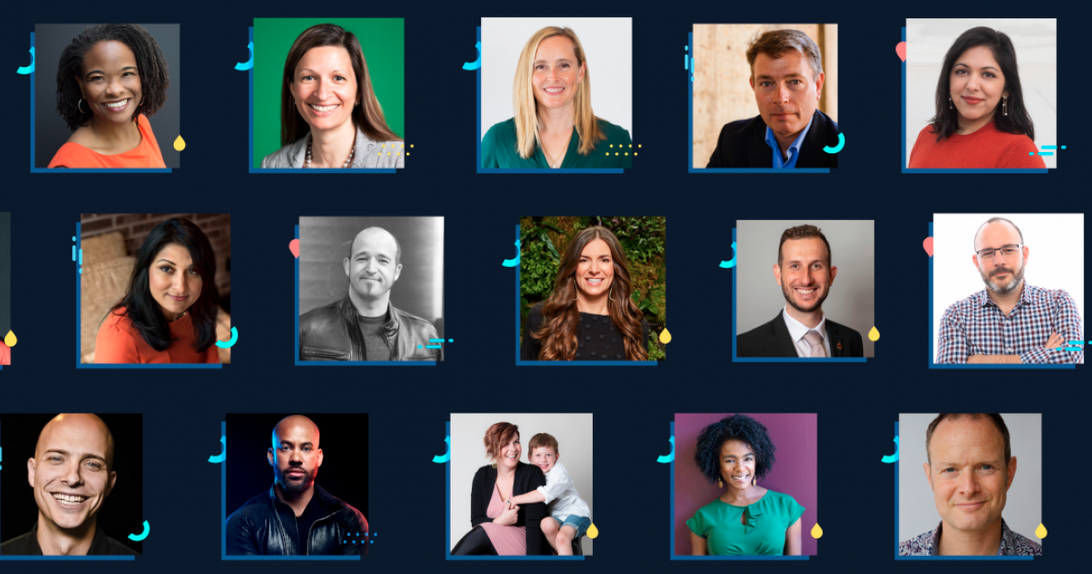 Virtual events. Love them or hate them, in our new reality, event planners and community builders need to know how to master them.

Today, there are so many ways to schedule and program virtual events. But video fatigue is real, and getting value from virtual events can be a struggle. In our recent survey, nearly 75% of respondents found in-person events more valuable than virtual. And a virtual conference, with several days of programming, can be an even bigger challenge.

In the end, both in-person and virtual conferences have the same core components: A stellar content strategy, detail-oriented planning, and salty, high-quality tears cascading from the event manager’s eyes as event day nears. Just kidding (sort of).

But what else makes a virtual conference great? How can you make your virtual conferences valuable, engaging, and inclusive? As we planned our first ever all-virtual CMX Summit, we set five key goals that went above and beyond the run-of-the-mill core components. These other core components made our event stand out, and showed our attendees what CMX is all about: Creating space for the community industry to grow, celebrate, and thrive.

1. Keep the Magic of a Live Event

After a lot of back-and-forth, we decided to keep the event 100% live. Pre-recorded sessions don’t always have the same energy, and we really wanted to encourage live Q&A at each session. (You CMX’ers sure love Q&A!)

We were lucky enough to be able to host our event on our new Bevy Virtual Conference platform, which allowed us to include features like breakout rooms, booths, and networking tables. In keeping the event live, we decided to keep the format of a traditional show, with a flow that replicated production from start to finish. We had a full production schedule that laid out the entire live event, including:

The entire event was recorded (and is available to watch now!), so anyone that had to miss a session can still catch all the knowledge dropped at the conference. (EMEA CMX’ers: We see you, and we’ve got some fun up our sleeves for you. Stay tuned!)

Since we were so bummed we couldn’t host in person, we wanted to keep as many themes and touches as possible that nodded to CMX Summit 2019 in Redwood City. How many did you catch?

Let’s be real, our emcees were the STARS of the virtual CMX Summit! From meeting speakers in the virtual green room to hosting Q&As, our wonderful emcees did it all. (If you think emceeing a virtual event is easier than in-person, just ask Beth McIntyre, Valentina Ruffoni, Cepee Tabibian, or Marliz Claire what it’s really like.) These four put CMX Summit 2020 in its own category, and we couldn’t be luckier to have such amazing support.

We made sure there were multiple networking opportunities and a type of virtual networking for everyone: Roundtable discussions, networking roulette, one-on-one meet and greets, community “braindates,” and even a pet show-and-tell (courtesy of our friends at Two Hat). We also had after-party networking in Aruba, Jamaica, Bermuda, Bahamas…get it?

Roulette networking was a hit: Attendees were able to see the entire group on camera first, rather just being taken into a room, and then be broken out into 1:1 sessions by the host. After the Bevy Virtual team built breakout rooms, the team adapted this concept for 1:1 meetings.

The CMX Summit photo booth drove our highest engagement for a virtual photo booth yet! Working with our vendor Snapbar, we created a fully branded CMX experience complete with backgrounds, borders, stickers, and even a  physical swag bag giveaway.

The photo results were epic: Check out the gallery here!

If you write a book, you are truly one of the most talented people out there. We wanted to highlight our speakers’ work and get their content into the hands of everyone. The feedback and responses to the bookstore were amazing, and we are thrilled that attendees were able to support the work of our speakers.

How many times have you been to an event and had someone snap your headshot or screen print your face onto a reusable tote? This year, we figured we’d take personalized swag virtual. All you had to do was head to the session with Big Al Caricatures and have a quick chat. Minutes later, you had the personalized digital drawing you never knew you needed. Check out the caricature gallery here.

3. Build an Agenda that Stands Out

This year, we tried something different—really different. With a laser-like focus on including never-before-heard voices, we searched high and low for new voices working on community projects. In the end, we opened our stage to 77 speakers who were new to CMX, or 84% of the total speakers.

We also wanted to make sure we had a diverse lineup of speakers. This year, our lineup featured 43.5% BIPOC speakers—a new record for CMX Summit.

“I want to say, I’m so impressed with this conference – when I’m asked to speak at different conferences, I go and look at the speaker lineup, and I have to say, this is the first conference that I’ve seen such diversity in speakers!”

Some attendee feedback from CMX Summit 2019 asked for different levels of content, so this year we did just that. In the Summit agenda, we catalogued every session into three courses: 101, 201, and 301. This gave attendees some solid direction on how to plan their CMX Summit journey. We also worked really hard on topic diversity, and had 16 tracks covering different community-related topics. I wanted there to be something for everyone!

4. Get Creative With Extracurricular Activities

A huge focus for this portion of the event was curating activities that spoke to what was happening in the world. These days, dialing into a conference from home means your family, kids, roommates, or cats might also be there—so we made sure there was enough fun for the whole family.

This was a big one. After CMX Global Connect in April, we vowed that we would not have CMX Summit without live captioning. We tried so hard in April to caption our sessions, but we were unable to do so due to product limitations.

Fast forward to six months later — we prioritized building live captioning into the Bevy Virtual Conference platform, and it helped us make CMX Summit much more accessible. We were able to have live closed captioning for each of our sessions and it was magical! Bevy has the ability to caption talks in over 60 languages. Did you try it out?

Well, there you have it! The full list of the other core components for CMX Summit. What core components have you come up with for your virtual conferences? Drop your comments below!